The race to reduce our reliance on fossil fuel dependence is dominated by the progress of solar power.

Here's a bar graph race showing how little of the world' energy needs was generated by solar power just a little as 29 years ago.

This race shows the progress of China's acceleration in their adoption for renewable energy from a small player to the world's leading solar generator.

As can be seen, Australia lags the rest of the world in terms of total solar generation. We certainly have a lot of catching up to do.

‍Some say that comparison to countries such as USA and China are unfair due to their GPD and population being more than 10x larger.

This new chart below gives Australia a fighting chance of being compared with the rest of the world.

Want to take a look at some of our other animations? 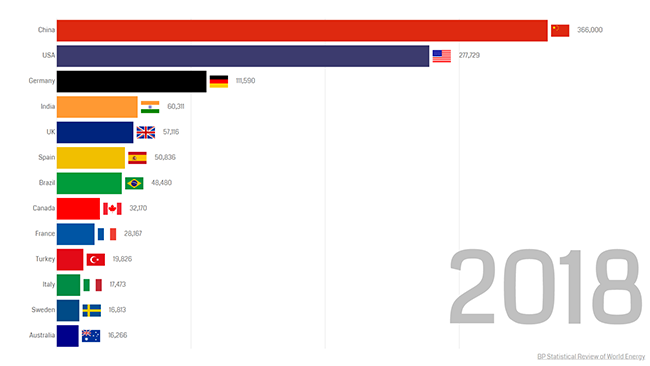 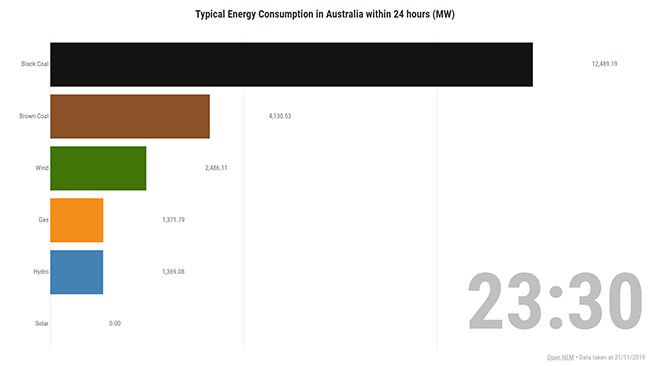