How to get backlinks for solar companies (for free)

How to get backlinks from top renewable energy blogs without paying for them. This technique works wonders to boost your domain rating and traffic. 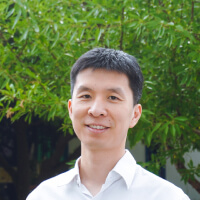 Hi, I think visitors will find that very interesting. Are we able to embed that animated graph in our website?

I stared at the email from Giles Parkinson, editor of Renew Economy.

The largest news outlet for solar, wind and other climate issues.

And he liked this?

I think I may have fist pumped the air, but I can't remember.

This was a big deal for a small blog like mine.

I then proceeded to leverage that, and started to outreach other publications as well.

You see, the benefits of getting yourself featured on large renewable energy websites are:

So here's a piece on how I managed to get a small win for my blog, and how you can do it too.

What does it mean to be featured in an article?

What I am referring to is having another website present content that you've created for consumption by their readers. This can take form in text, audio, video or graphics. In my case, it was an animated bar graph that showed the adoption speed of solar across the developed world.

It is likely to be a new page, and almost certainly hosted on their domain.

If done correctly, and a good relationship is established, the publications will credit you for the creation of the content and create a backlink to your site.

Below is a recap of how I did this, what I learnt, and how you can do it as well.

Something that caught my attention

Scrolling through Reddit, a bar race chart on the adoption of Electric Vehicles caught my attention.

I sat transfixed and watched the entire race pan out. It was only afterwards that I realised the animation really caught my attention and wouldn’t let me go.

I figured if it held my attention, it might do the same for others.

I didn’t know how to create a bar race, but after a bit of Googling around, I found a free web app called Flourish that could do exactly that.

Seeing as my audience is in the solar energy sector, I decided to create a bar graph that aligned with their interests and passion. So I set about looking for data around renewable energy creation and consumption.

To my surprise, I found data on energy source and consumption on the BP site.

BP of all companies? I certainly did not expect that. For a moment, I did consider whether their data can be trusted.

In the end, I decided to use their data.

After analysing the data, unsurprisingly, I found that Australia is lagging behind the world in our solar adoption. I wanted to use this data to create an easy to digest visual that we can have a discussion around.

Flourish offers many options for data visualisations, but the one that is most suitable is the bar chart race.

The data then gets pasted into the backend.

Once that's all done, the animation is complete, and all I need to do is capture it and put it into a video format.

I uploaded the video onto Linkedin, and has since been seen more than a thousand times, and was trending on #climatechange for a little while.

Because of the video, I was able to start developing conversations and relationships with people I’ve never met before but had the same interests as me. 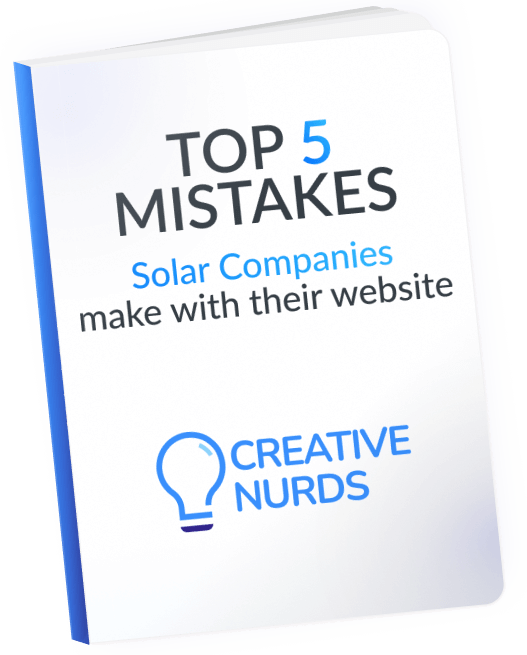 How to reach out to websites

Outreach is critical in getting the word out. Posting content on your website and praying backlinks will develop organically is extremely hard.

So I set out to get the animation into other people's hands.

One of the people that I started a conversation with suggested to the editor of Renew Economy, Giles Parkinson, that he may find my animation interesting for his online publication.

To my surprise, Giles was nice enough to entertain the idea and created an article around it titled “How Australia lost its lead in solar PV, and is trying to get it back”.

Afterwards, I leveraged that and emailed a number of other renewable energy blogs in Australia and around the world with a simple email.

I sent these outreach emails (or something very similar) to a total of 26 renewable energy blogs. I ended up with an article feature and backlink 4 times.

Since then, I emailed the publication editors again and asked why they decided to run a feature on the content.

Their responses showed what they thought was engaging, easily consumable and easily shareable content.

Below are their suggestions on the sort of content they deem interesting to publish.

“I thought that our readers would like the visual depiction of growth that you created!”

Content director of the site, Jennifer Runyon, saw the value in showing, visually, the growth of wind energy throughout the world so that readers could see the impact of policy on the growth of renewable energy technology.

As a B2B website, Renewable Energy World’s target readers work in renewable energy as engineers, policymakers, lawyers, financiers and other stakeholders, but because the website is so large and has so much content, it also attracts readers who are new to renewables, what she calls “renewable energy enthusiasts.”

This means that she must maintain a careful balance providing useful content for the core site visitors and educating the general public about the widespread growth of renewable energy.

“Visualisations like yours are a really attractive way of conveying a lot of information in an interesting way.

You could do thousands of words on the solar trend that has occurred globally, but it’s much nicer to watch it play out in front of you.

We don’t see a lot of things like this, but whenever we do come across cool graphics we try to use them.”

Reading text is also a visual task, but we can’t process text as quickly as we do images. Each letter is a symbol, and our brain must decode each symbol, put it together with other symbols until we comprehend the sentence. Put sentences together, and only then can we understand the meaning of the article.

We are also lazy creatures. We prefer to spend less energy processing and understanding what’s in front of us.

To create visual content, all you need is some data. You can look for openly available data or source data from your own business.

Once you have the data, representing it in visual form is the easy part.

Here’s just a portion of Flourish can help you create. For free.

Persistence (and a bit of luck)

If you don’t succeed, try again.

This is how I managed to get a feature on EcoGeneration.

I originally wanted to write a guest post for EcoGeneration in mid-2019. So I sent an article to Jeremy Chunn for review. Unfortunately, it was turned down.

Admittedly, it wasn't very good, but the experience helped me understand the standard required and what I needed to improve on in order to get something published.

Unfortunately, I didn’t get a chance until All-Energy in October that I was able to be in contact with Jeremy again. Luckily, I was able to meet him this time.

Because I was able to jog his memory on my first failed attempt, he was willing to give me a second shot.

So when I was in contact with him again to pitch the idea of the animated bar graphs, this was his response:

I was ecstatic. This was beyond what I had expected.

So I answered a few questions, and EcoGeneration did indeed create a feature article called “Tips for selling solar online”.

Getting featured on large renewable energy publications has certainly accelerated the growth of Creative Nurds and helped with SEO.

Here is the report from Ahrefs.

But as you can see, what I did was not difficult, and something you can do as well.

In short, create a visual that aligns with your audience’s point of view, be persistent and with a bit of luck, you can get some high-quality backlinks as well.

If you have any data, and would like a bar race graph animated for you, please don’t hesitate to get in touch with me.

Slider vs static image for your solar website. Which is better?
Web Design

How to attract solar customers without cold calling
Marketing
Solar